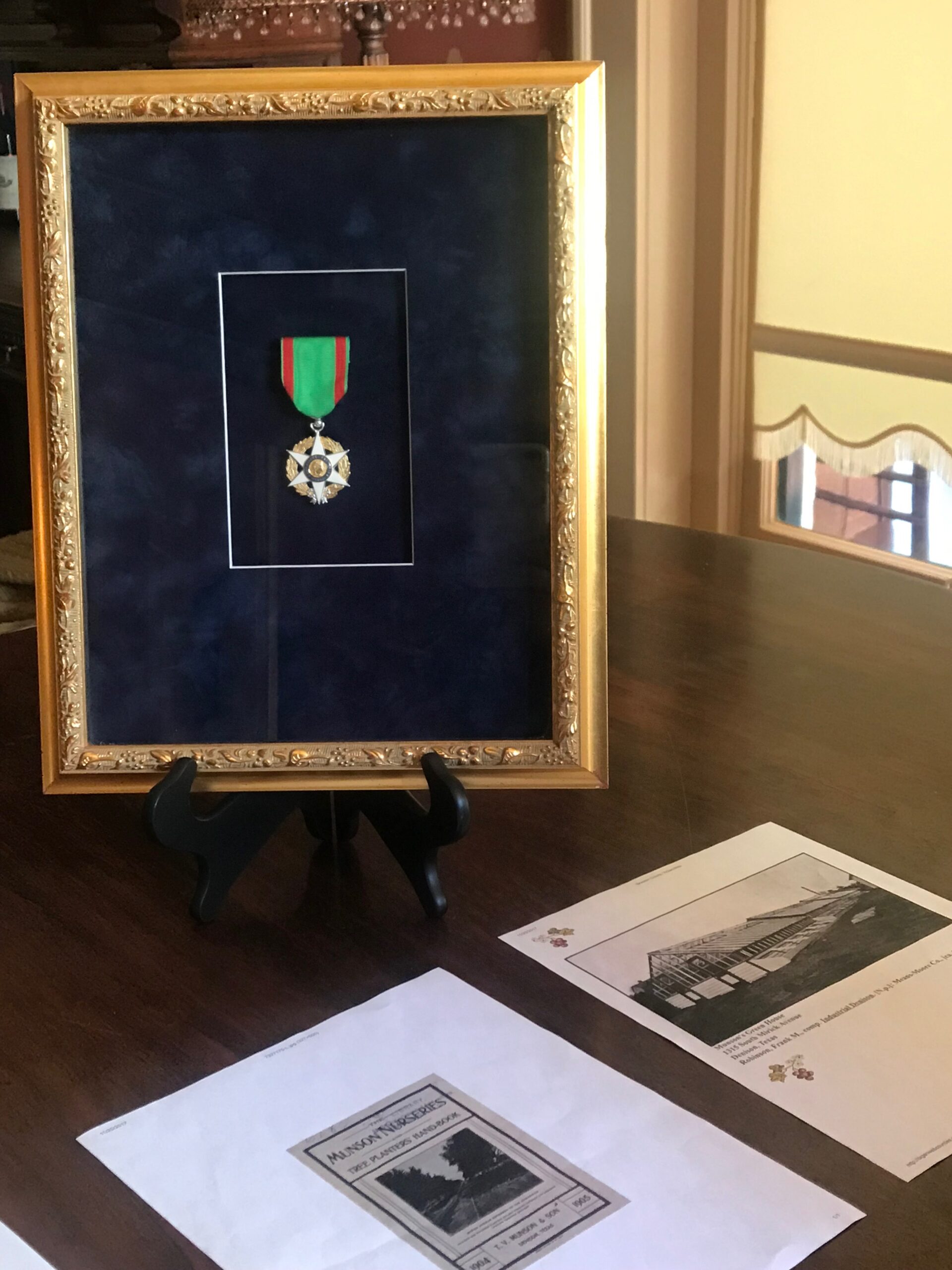 Texas played an important role in restoring French vineyards after the Great French Wine Blight in the mid-19th century. It is impossible to overstate the impact of the blight that destroyed many of the vineyards and laid waste to the wine industry in France.

The wine blight is estimated to have destroyed over 40% of the vineyards in France. It is believed that a hitchhiker insect commonly known as a grape root aphid was inadvertently carried back to France by early colonists. These tiny insects crawl into the root structure of grape vines during winter months. The only visible sign may be when females crawl up to the leaves and lay eggs which leave wart-like nodules.

The first grape root aphids were discovered in the Languedoc region of France. The blight they caused wiped out numerous vineyards from the 1850s to the mid-1870s and created a devastating impact in one of France’s most emblematic and valued industries.  Vineyard owners tried numerous approaches to eradicate the insects. However, because they did not understand the nature of the insect and how it differed in its approach to attacking plants around the world, their efforts were futile.

Grape root aphids attacked the leaves of vines in America, depriving the host plants of the necessary means by which to create photosynthesis. Without leaves, the sun cannot initiate the process to create nutrients in a plant that leads to budding flowers and fruits. American Viticulturist, Dr. Thomas Volney Munson studied grape plants extensively and worked to create several varieties of rootstock that could withstand the grape root aphids and the scaring that they created in roots. In France this scaring of roots, wiped out vineyards in rapid succession and puzzled viticulturists who were not familiar with this type of insect or the disease produced – Phylloxera.

Dr. Munson lived in far north Texas in a small town named Denison. His research and development of rootstock naturally resistant to grape root aphids caught the attention of French entomologists Antoine Signoret and Jules Lichtenstein. Another entomologist from the state of Missouri – Charles Valentine Riley – confirmed that grafting old French vines onto American rootstock may be just the thing to restore the lost vineyards. Dr. Munson recommended a type of rootstock predominant in the Hill Country in Texas because of similarities in the limestone growing conditions with those of France. The results were so well received that these rootstocks made their way to other countries as well to provide disease resistant plants.

France was so appreciative of the work that Dr. Munson did and his willingness to freely share rootstock, that he was only the 2nd American awarded the Chevalier du Mérite Agricole by the French Government in 1888. The Chevalier du Mérite Agricole (Knights of Agricultural Merit) is an order of merit bestowed by the French Republic for outstanding contributions to agriculture. When it was created in 1883, it was second in importance only to the Legion of Honour within the French order of precedence.

I recently had the opportunity to visit vineyards that host Dr. Munson’s rootstocks at Grayson county and his historic home in Denison. The vineyards were established in 1974 through the generosity of the family of Dr. Munson’s brother. Over 60 varietals established solely for the purpose of keeping Dr. Munson’s work in the creation of grape stock native to the United States. Root stock is sent free of charge to grape growers who request it in the U.S. Jump over to my podcast on the PositiveVines network to learn more about my day at the TV Munson Memorial Vineyard and Vinita House.

Remember to drink what it is that makes you truly happy and always think positively!

Searching is in progress